2008 Ford F-150 Harley-Davidson Recent Arrival! *CLEAN VEHICLE HISTORY, *FULLY INSPECTED & SERVICED, *LEATHER, *RUNNING BOARDS, **SUPER CREW, 5.4L V8 EFI 24V, ABS brakes, Alloy wheels, Compass, Deluxe Mirror Package, Heated door mirrors, Illuminated entry, Low tire pressure warning, Remote keyless entry. Odometer is 32158 miles below market average! At Commuter Cars and Trucks customer satisfaction is our top priority. We are a family-owned business with Four stores in Florida. We have a large inventory of cars, trucks, vans, and suvs. Thousands of Happy Customers have given us 5-star reviews and we have been doing business for almost 15 years. In order to deliver you the most competitive pricing on our pre-owned vehicles, we use the industry’s most advanced software to value rank all of our inventory. We understand that the lowest price and highest fees just don't make sense. Call us now at (772) 675-6775. While great effort is made to ensure the accuracy of the information on this site, errors do occur so please verify information with a customer service rep. This is easily done by calling us at (772) 675-6775 or by visiting us at the dealership. We look forward to speaking with you. All prices are plus tax, title, license, processing, and dealer fee. The price shown reflects a bank or finance rebate and minimum trade credit. Certain vehicles may have aftermarket accessories or reconditioning adds. We look forward to speaking with you.

Model Overview
The Ford F-150 is available in three cab styles for 2008--regular, SuperCab, and SuperCrew--plus three box lengths, two box styles--regular and Flareside--and five different models. Each body style features four doors, and each is available with either rear-wheel drive or four-wheel drive. On FX4 and Lariat models, two captain's chairs are available, with a floor shifter; other models have a 40/20/40-split bench seat.

Three different engines are available on the F-150: a 202-horsepower, 4.2L V6; a 248-horsepower, 4.6L V8; and a top 5.4L V8 that makes 300 horsepower and 365 lb-ft of torque. A flex-fuel version of the 5.4L, capable of running on up to 85 percent ethanol (E85) is also available. Torque-based electronic throttle control helps improve drivability, fuel economy, and refinement.

The F-150's five trim levels span a wide range from basic hauler with wind-up windows and no air conditioning up to the luxurious Lariat model. The mid-range STX and XLT models add many popular features, while the FX4 comes with some of the hardware needed to be off-road ready. The Lariat brings expanded conveniences including automatic climate control, a trip computer, leather trim and upholstery, power heated side mirrors, and a power driver's seat.

A feature unique to the F-150 is the mid-box, a steel storage box with double-paneled doors that's accessible from both sides of the vehicle and unlocks with the driver's door key. The mid-box arrangement is available on the regular cab and SuperCab, and only in an Oxford White color.

A rearview camera system is also among the F-150's options; it uses a camera mounted near the tailgate handle and displays a video image on the rearview mirror.
Model Strengths
Reputation For Durability
Towing And Hauling Ability
Range Of Models For Specific Uses.
Model Changes
Ford's F-150 pulls into 2008 with only minor changes. Two new models--the Lariat Limited, and the XL SuperCrew--join the F-150 lineup for 2008, and a new Wheels and Stripes Package is available to dress up the mid-range STX. Additionally, a tachometer is now standard on XL and STX models with manual transmission, manual-telescoping trailer-tow mirrors are available with the XLT and Lariat Chrome Packages, and a remote start system is now available as a factory option.
There's also a new factory-installed Cargo Management System available on any F-150 with the 6.5-foot Styleside box. It uses side rails, bins, and crossbars that hold up to 100 pounds, ideal for hanging skis or fishing poles. Individual tool bins can also function as coolers. A single key can be used for all the bins. 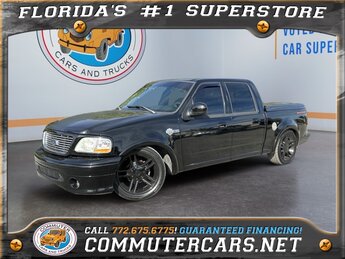 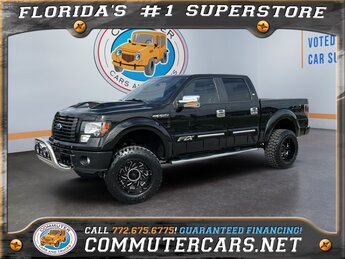