2007 Toyota Camry Solara SE 3.3L V6 SMPI DOHC. Recent Arrival! 20/29 City/Highway MPG This vehicle was just hand selected for our inventory and is on it's way to a Commuter Cars and Trucks near you! Call us now to be notified upon it's arrival. 772-675-6775. Financing available and trades appreciated. When you shop at Commuter Cars and Trucks customer satisfaction is our top priority. We are a family owned business with Four stores in Florida and we have a large inventory of cars, trucks, vans, and SUV's. Thousands of Happy Customers have given us 5 star reviews. In order to deliver you the most competitive pricing on our pre-owned vehicles, we poll over 20,000 pre-owned websites every hour. This ensures that every one of our valued customers receives competitive pricing on each and every pre-owned vehicle we sell. Call us now at (772) 675-6775. At Commuter Cars and Trucks our fees are much lower than most large stores and we don't play the pricing game. All prices are plus tax, title, license, processing, and dealer fee. Price shown includes Thousand dollars down cash or trade in allowance. Certain vehicles may have aftermarket accessory or reconditioning adds. We look forward to speaking with you. Used cars for sale port st lucie, car dealerships near me, cars for sale, cars, trucks near me, used trucks for sale, buy here pay here port st lucie, car dealerships, trucks for sale, commuter cars port st lucie, suv for sale

In addition to many of the upgraded items that are optional on the SE and SE Sport, a terrific DVD-based navigation system can be added for $1,300 on the SLE. Enhanced safety courtesy of vehicle stability control and traction control costs an extra $650, and is available on SLE as well. 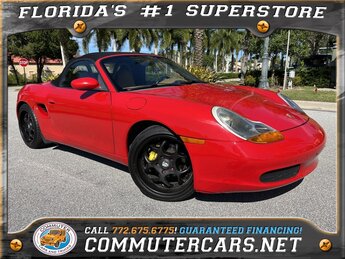