Stop by Commuter Cars to see this vehicle now or contact us to provide further details, photos, financing options, vehicle history reports, trade-in assessments, and more. At Commuter Cars Financing is Guaranteed! Please visit us directly on our website for the most accurate up-to-date information or call us now at (772) 675-6775. Thank you and speak with you soon. At Commuter Cars and Trucks customer satisfaction is our top priority. We are a family-owned business with Four stores in Florida. We have a large inventory of cars, trucks, vans, and suvs. Thousands of Happy Customers have given us 5-star reviews and we have been doing business for almost 15 years. In order to deliver you the most competitive pricing on our pre-owned vehicles, we use the industry's most advanced software to value rank all of our inventory. We understand that the lowest price and highest fees just don't make sense. Call us now at (772) 675-6775. While great effort is made to ensure the accuracy of the information on this site, errors do occur so please verify information with a customer service rep. This is easily done by calling us at (772) 675-6775 or by visiting us at the dealership. We look forward to speaking with you. All prices are plus tax, title, license, processing, and dealer fee. The price shown reflects a bank or finance rebate and minimum trade credit. Certain vehicles may have aftermarket accessories or reconditioning adds. We look forward to speaking with you.

Model Overview
The new Venza was designed, styled, and engineered in the U.S., built in Kentucky, and aimed specifically at the U.S. market. Like the Ford Edge and other newer crossover utility vehicles, the Venza has an arched roofline, flared fenders and a sleeker, sportier appearance than traditional SUVs. Overall, it has about the same parking footprint as the mid-size Camry sedan.
In some respects, the Venza feels designed from the inside out. The Venza has a little more ground clearance than most sedans, but it also has a taller roofline, which makes getting in and out a cinch. The interior, with twin bucket seats in front and a 60/40-split bench seat in back, seats five comfortably with plenty of cargo space in back--expandable if you fold the back seat forward.

Also inside there's a gently curved design theme to the instrument panel, and Toyota's so-called 60/60 cockpit design doesn't isolate the driver. Subtle patterned-and-grained plastics and trim surfaces make the interior appealing, and the seats are upholstered in corduroy or textured leather with contrasting piping.

Powering the new Venza is a new 2.7-liter four-cylinder engine, making a respectable 182 horsepower, while a 268-horsepower, 3.5-liter V-6 engine is available. With the V-6 the Venza can accelerate to 60 mph in just 6.7 seconds, while the four-cylinder rewards with strong fuel economy of up to 29 mpg highway.

Both engines are offered in a single trim, with a choice of either front-wheel drive or all-wheel drive. The all-wheel-drive version has Toyota's Active Torque Control system, which sends more torque to the rear wheels when needed for better traction. The Venza has a MacPherson strut front suspension and dual-link rear suspension. An electronic power steering system helps improve steering feel while also aiding fuel economy, and four-wheel anti-lock disc brakes are standard across the line. The Venza can tow up to 3500 pounds.

Driving the Venza is much like driving a sedan, but with a higher seating position. Although the rearward view can be obscured due to the roofline, the view outward in front is good, with a nice, upright driving perch.

As the Venza comes in a single trim level, quite a few safety features that are typically optional are standard. Examples include dual-zone climate control, fog lamps, keyless entry, a universal garage-door opener and cruise control. Front side and full-length side-curtain airbags are standard, as are electronic stability control and anti-lock brakes.

The options list is extensive, with most items grouped into rather expensive packages. Top options grouped in packages include leather upholstery, HID headlamps, a Smart Key system and a backup camera system, while standalone items include a panoramic roof, a DVD rear entertainment, a navigation system, and a JBL Synthesis sound system with Bluetooth interface. 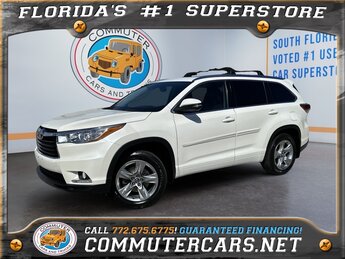